Catherine Nakalembe, Harvest Eastern Africa Lead, led four intensive remote sensing trainings this past month in Uganda, Kenya, Tanzania and Rwanda. The focus was on teaching staff in agricultural ministries how to use Earth Observation tools for assessing crops and crop forecasting. 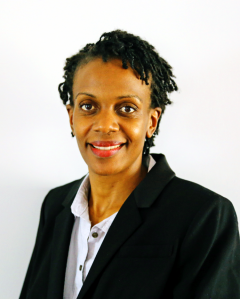 Some of this work was funded or cofunded by NASA SERVIR, in partnership with Harvest partner UCSB’s Climate Hazards Center and in coordination with local offices in these countries, including Kenya's Regional Center for Mapping Resources for Development (RCMRD), also the hub of SERVIR-Eastern and Southern Africa. We had a chance to interview Catherine about this work, the goals and outcomes of the training sessions, and how each country will be moving forward in its use of remote sensing for agricultural monitoring.

In Uganda, working with coordinator for the regional bulletin, Catherine first helped the team finalize the end-of-season crop report, for the first time integrating it with the climate forecast. Following that effort, the training took place. Robert Lim from the Office of the Prime Minister made an observation about the tangible impact of crop monitors on policy and personal decision-making for food security:

“In the last 3 dry seasons, Karamoja has never declared a drought or famine because people are working and earning money. There has been an 80% reduction of food aid to Karamoja from the Uganda Department of Disaster Preparedness." - NUSAF3 Director Robert Lim.

NUSAF3 is a Social Protection Intervention for Northern Uganda, established under the Peace, Recovery & Development Plan (PRDP) of the Office of the Prime Minister of Uganda. 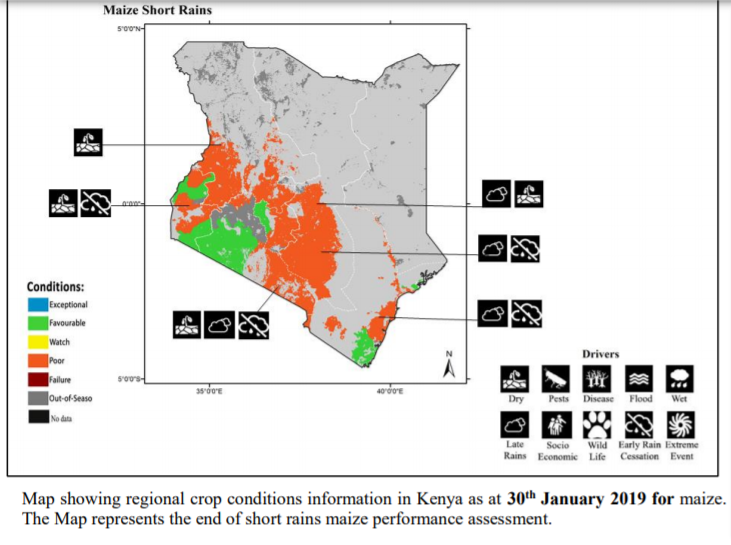 Kenya initiated a national crop bulletin in May 2018. This follow-up training in Nairobi with State Department of Agriculture “National Champions” and county ag officers, focused on the use of the GLAM system for analyzing NDVI data, crop area, crop calendars and seasonality for making assessments. Trainees were also introduced to the Early Warning Explorer (EWX), a product developed by Harvest partner UCSB’s Climate Hazards Center. The team developed an improved Kenya National Crop Bulletin, which was finalized in time for publication the first week of the month. Uniquely, Catherine’s team had the opportunity to do the end of season summary and look at what that implied for price fluctuations. 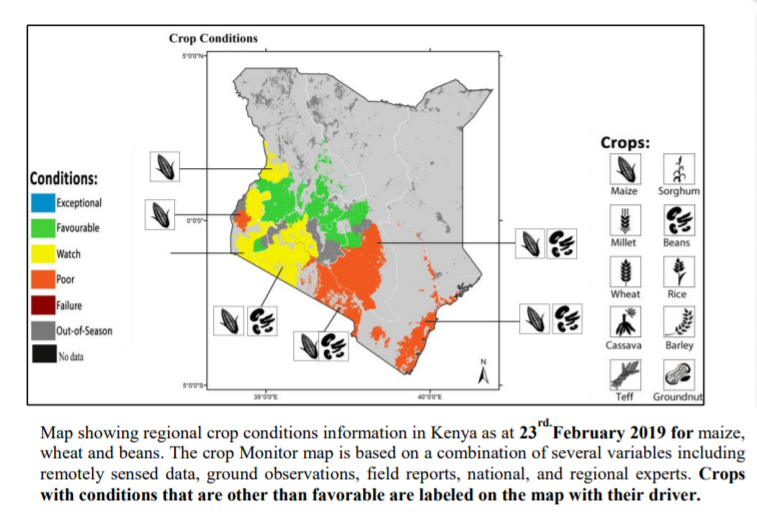 The National Champions and county officers learned to make an assessment using satellite data, and then incorporate their knowledge from the field about what is happening in the region for a more informed analysis. The team practiced analyzing a previous season, assessing what had happened, and observing if the satellite data told the same story – in almost all cases it did. Their own local knowledge and experience provided insights in many ways – for instance, interpreting an unusually green area as an irrigated area, or recognizing a forested area that may not have an impact on agriculture.

Trainees were fascinated at having access to data that could tell them a lot more about their county than they could get from being on the ground - they could see everything happening in the county from a satellite perspective. Some of these trainees never before had access to satellite data, including rainfall data from UCSB’s EWX. The team reviewed the previous season’s maize harvest, in which conditions were poor overall, though above average for some locations. Using satellite data, they observed an abundance of rain during the mature harvest growth stage for maize, which caused major damage to the crops. 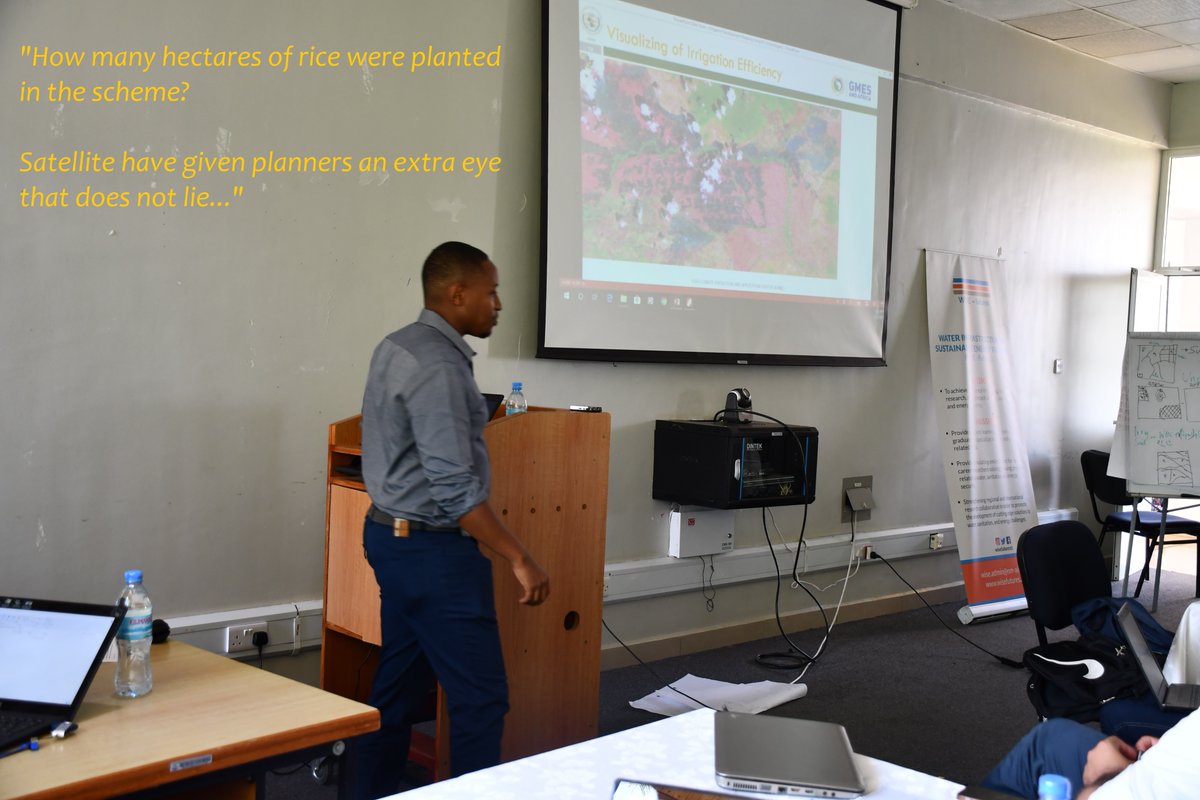 The trainees stayed in touch with each other and Catherine after the training through an online group, and using their new skills, some noted subsequent unusual conditions in the field to watch for, such as hail damage to crops. Through sharing ground photos and via their continued communications, it’s clear they have become highly engaged with the use of the satellite data and tools, and greatly appreciate having continued online access to the UCSB EWX and the GLAM tools they learned about.

"The opportunity for interaction and information sharing with staff from a wide range of counties were quite helpful." - Benson Mutiso Mulei, Deputy County Director of Agriculture-Crops for Kisii County, Kenya 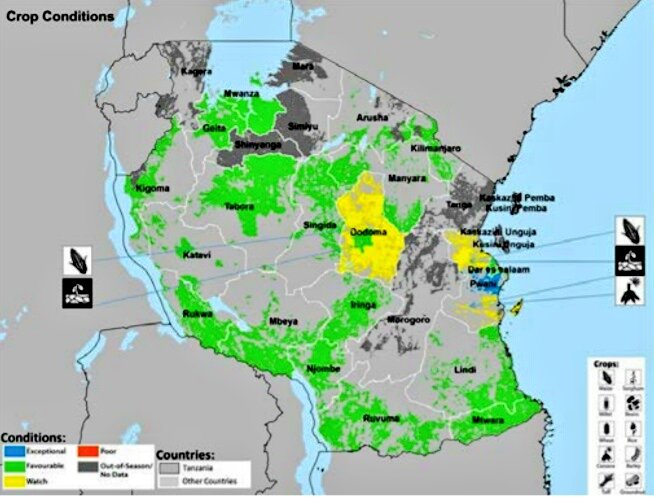 SERVIR’s focus is on climate and hydrology, whereas Harvest focuses on agriculture and food security. The two teams held a joint training covering these topics and related tools as part of the final SERVIR project training. A team from the Food Security Division of the Tanzania Ministry of Agriculture gave the training on the crop monitor, while UCSB provided training on hydrology – hydrologists were present from several different countries. The trainees at this event had received trainings multiple times over the past few years, allowing them to become comfortable with the crop monitor tools and to build on their existing knowledge of the products and use of satellite data. Those present at this event represent a group of scientists that can benefit from working together, but who rarely do. Both groups felt that they benefited from the experience.

The Early Warning Explorer (EWX) was introduced the first day, with a focus on using rainfall data for assessments. The second day, trainees learned how to make crop assessments using the EWX and submit this data into the crop monitor tool. This group had an excellent range of expertise, resulting in very high-quality assessments. As in Kenya, the team reviewed a previous season, but in this case those present were not from the assessed country. Nonetheless, their results lined up well with the actual results from the Crop Monitor for Early Warning. The team published the Tanzania National Food Security Bulletin for February 2019, and were able to integrate climate and hydrological information for the first time. 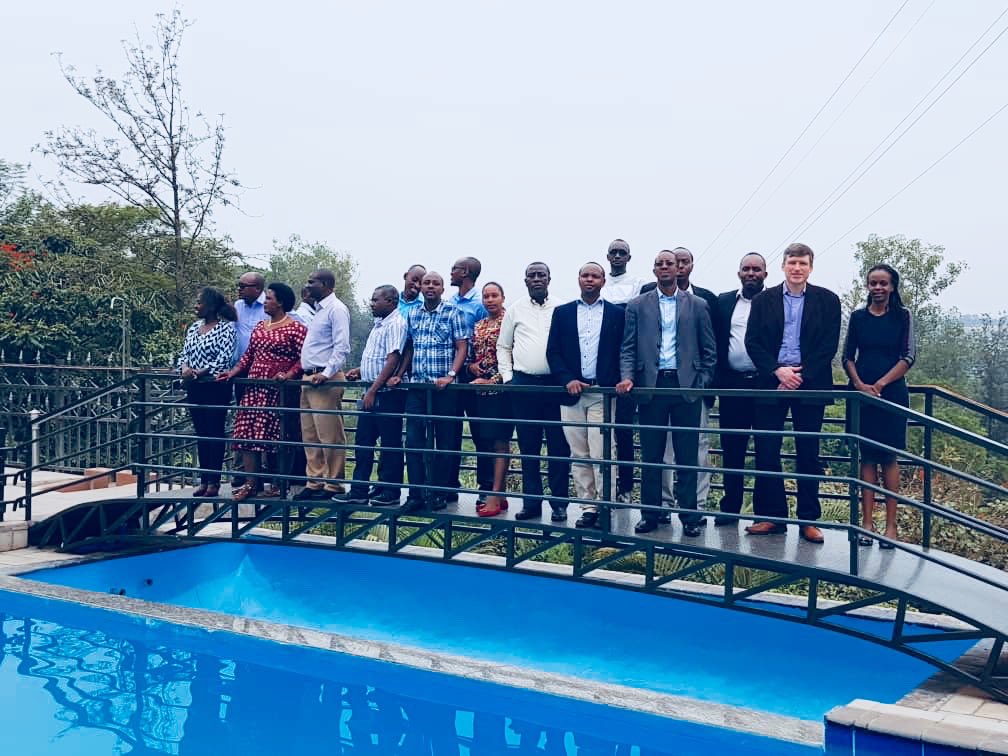 Rwanda is a unique situation as this was the very first training for the country’s agriculture managers, but they had the advantage of having access to the existing crop monitoring products coming out of other countries. This information helped direct the goals and outcomes of the experience, leading to a very successful training, with an excellent combination of expertise, including scientists from the meteorological agency, policy makers from the agricultural bureau and members of the Ministry of Agriculture. The training provided an introduction to crop monitoring tools, starting with the GLAM system. Those present showed significant interest in achieving a more quantitative measure of crop monitoring.

Catherine reports that these trainings throughout Eastern Africa were deemed highly successful by all involved. Future workshops of longer duration and with specialized experts would improve trainees' understanding of the crop monitoring tools, allowing them more time to cover such an incredible amount of content. Plans are underway to hold extended trainings in the future, though funding is lacking.

In a meeting with the Kenyan Ministry of Agriculture in March, representatives showed great interest in having the crop monitor become a major part of their work going forward, recognizing the importance of the crop monitors and the presence of those capable of undertaking this task. They acknowledged the need to integrate satellite data and crop monitoring into decision-making and policy. They also reiterated that this information is critical, and that the government will continue to use it consistently. 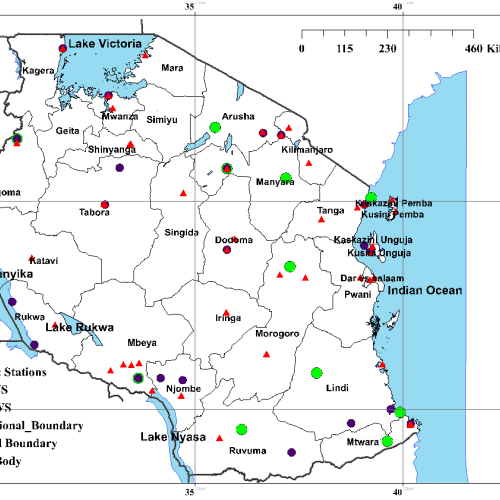 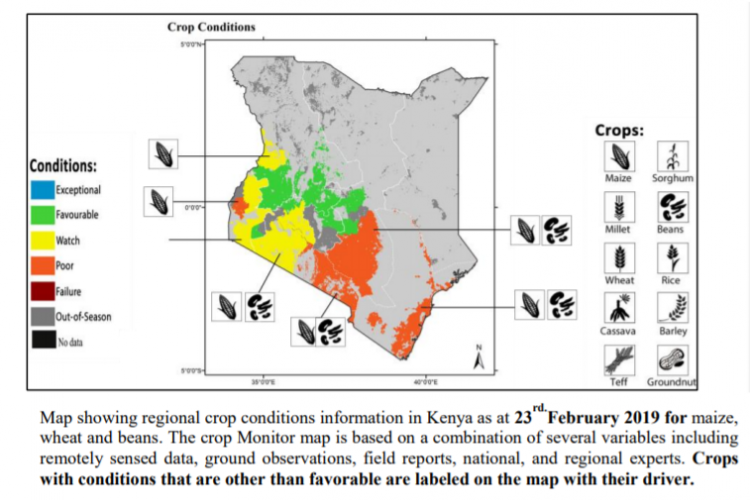 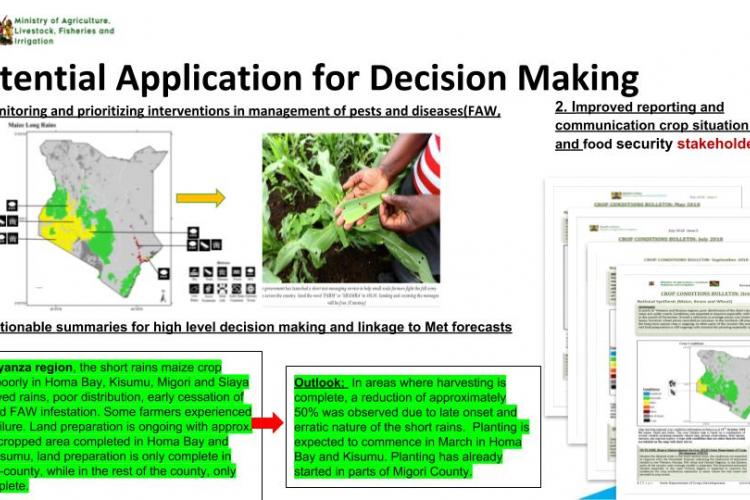 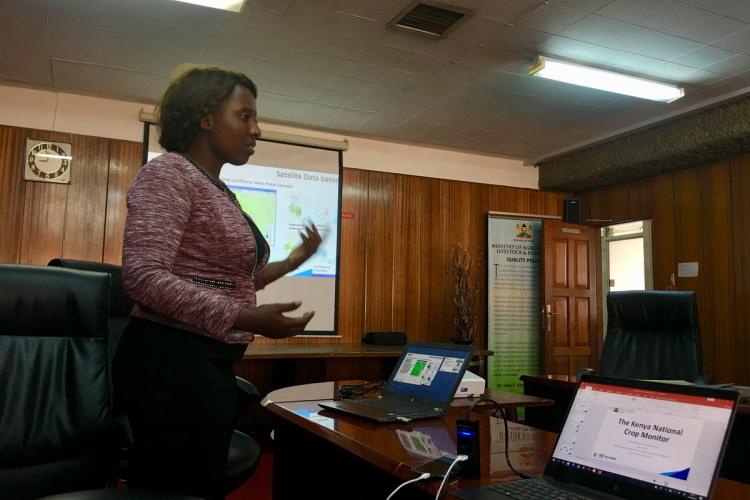 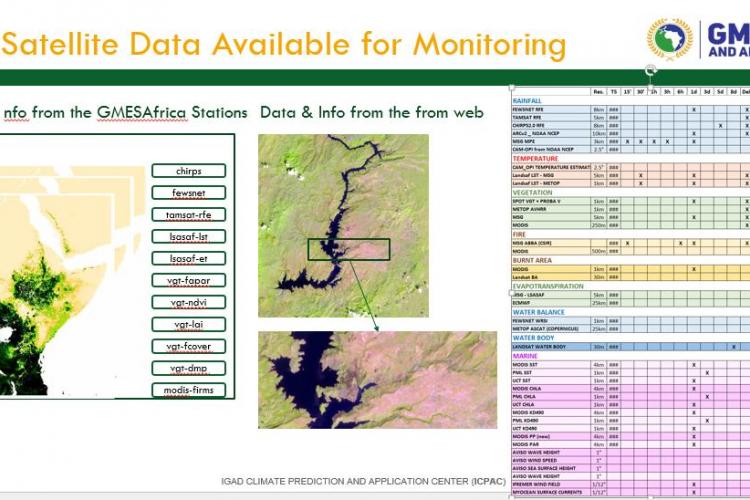 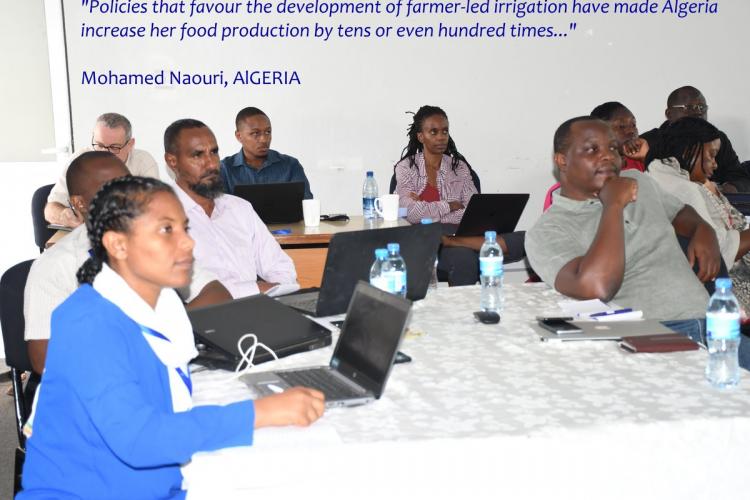 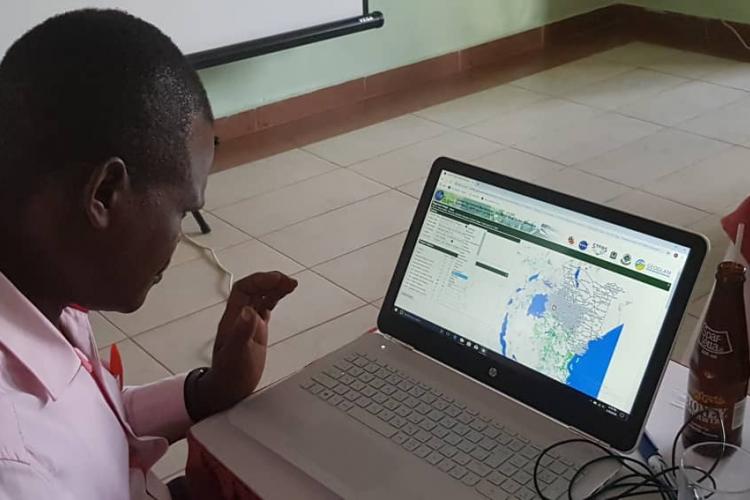 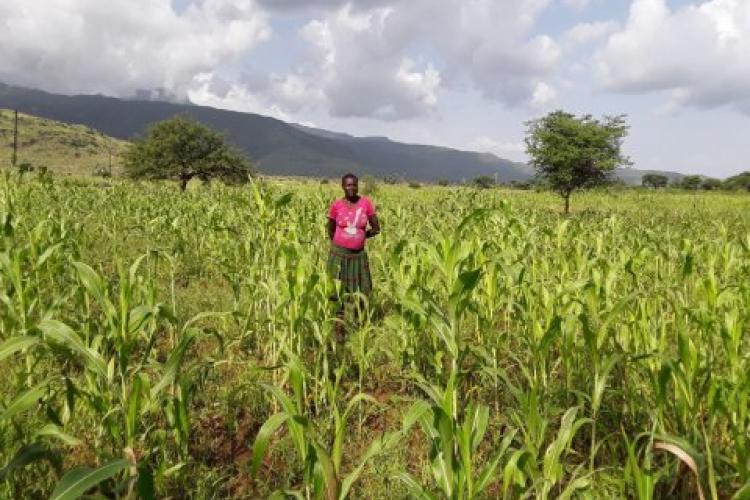 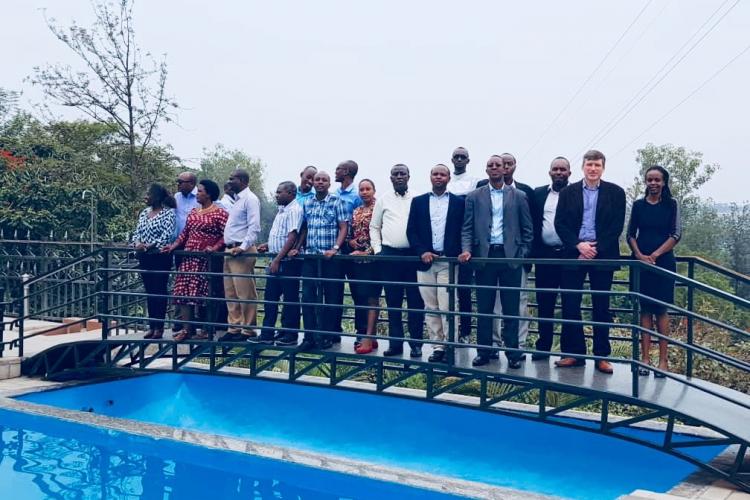 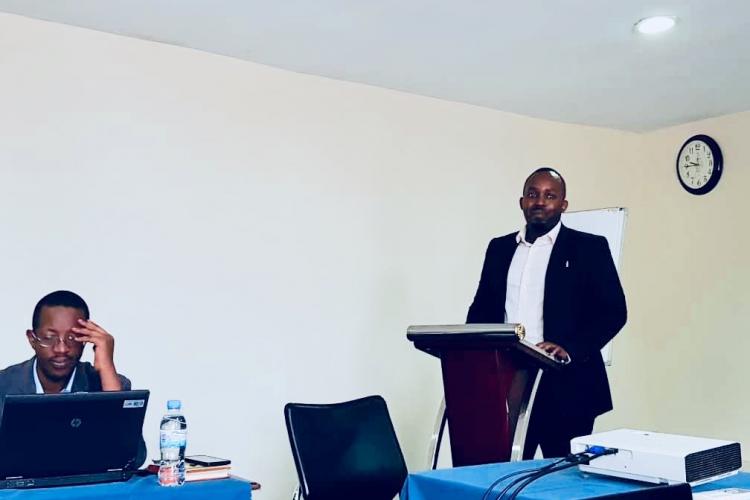 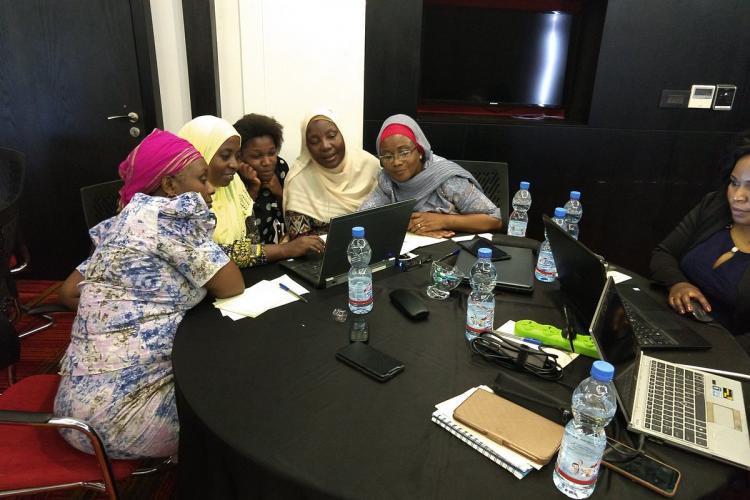 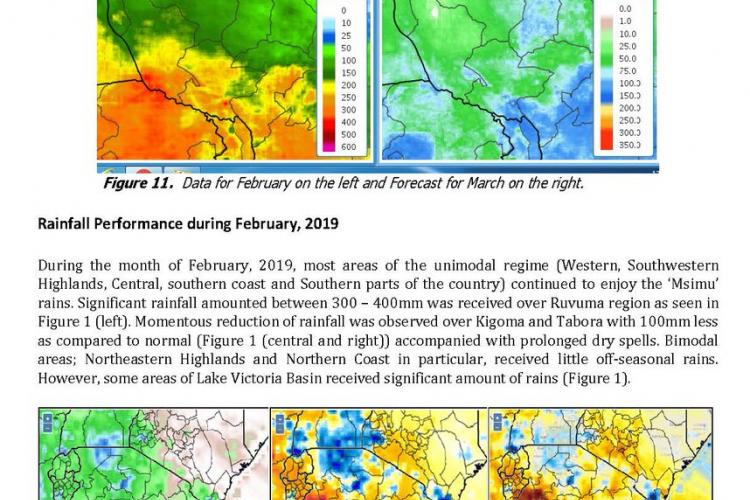 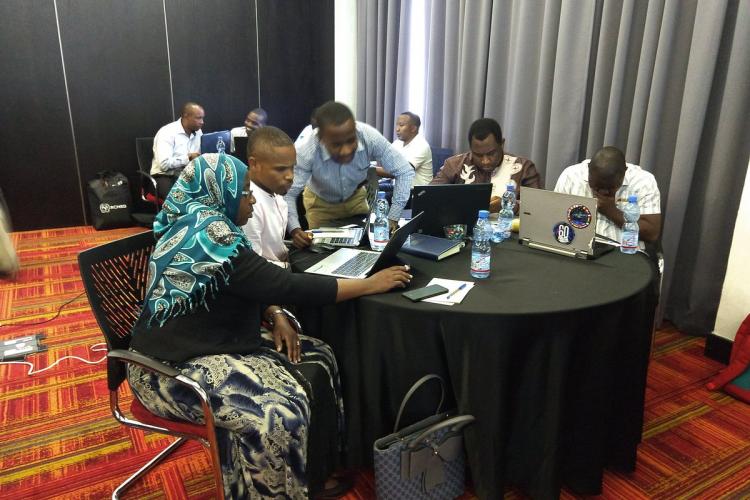