Mr. Copati notes that accurate crop production data is fundamental for reducing uncertainly and volatility in the domestic and international agricultural markets. With this information, the Grain Exchange helps different actors of the agricultural chain, such as producers, traders, seed companies, market analyst, policy makers, in their day-to-day decision making. The Grain Exchange has been making crop planted area estimates since 2001, but started working with EO technology in 2014. Before that point the methodology used was focused on subjective data: assessments of different variables coming from their network of collaborators. Those results were compared with a 10-year data base of information that allowed the organization to delineate parameters (maximums, minimums and averages) at regional scale.

Since the Grain Exchange started to observe from space the information needed from the field, our analytical abilities improved significantly. Today there is no doubt about the power of these technologies, which not only improve the accuracy of our year over year estimates but also has helped to make objective assessments at a large scale of many other key variables such as soil moisture, NDVI, temperature, precipitation and so on. Having the possibility to make potential yield projection several months before the harvest period is another powerful tool.

Mr. Copati pointed out that we are still at the beginning of a new landscape in terms of agricultural technology, where big data efforts will take our analysis to a higher level of projections; satellite imagery analysis will play a key role in these processes. As an example, he suggests that if a combine can harvest data from a plot and that data could be used to improve the efficiency in the fertilizer usage, a satellite can do the same at countrywide scale. 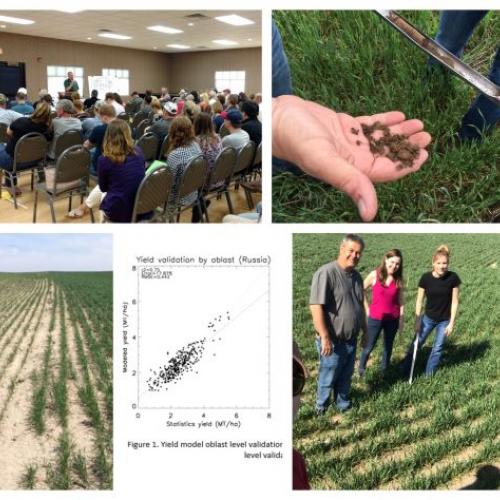