Accurate field-scale maize yield measurements are important to guide farming practices, as well as helping direct investments and policies that can improve food security. While data on smallholder maize systems are limited, satellite imagery provides opportunities to improve our understanding of these systems. In a new article in the journal Remote Sensing of Environment, Smallholder Maize Area and Yield Mapping at National Scales with Google Earth Engine, NASA Harvest partners from Stanford's Center on Food Security and the Environment as well as a colleague from One Acre Fund in Rwanda illustrate how they used Sentinel Earth observations and Google Earth Engine (GEE) to build “wall-to-wall” high-resolution maize maps for the 2017 season in Kenya and Tanzania. This type of mapping is extremely challenging due to variable landscapes, cloudy satellite imagery, and lack of good ground-based data in these regions.

The Stanford team started by taking measurements from Sentinel-1 and Sentinel-2 and then developing ways to to classify crop and non-crop pixels in a region by collecting thousands of labels from GEE and other sources. This classification tool successfully identified cropland in both Tanzania and Kenya at 85% accuracy. Sentinel 1 was especially good at predicting cropland. Among the cropped pixels, the identification of maize/non-maize pixels had an accuracy of 79% in Tanzania and 63% in Kenya.

To map maize yields, the team from Stanford built on past work using a scalable crop yield mapper (SCYM) that predicts yields from observations through crop modeling simulations, with some innovations to account for landscape variance, scalability, and using GEE to more carefully select and use all relevant satellite imagery. Ground-based crop measures showed that the SCYM estimates were able to capture about 50% of the variation in the yields at the district level in Western Kenya.

Finally, the Stanford team illustrated the utility of their yield maps with two case studies. First, they showed the variation of yields between years, and how this changes between parts of the region due to the different landscapes. Second, they looked into soil constraints by combining their estimates with regional soil databases. Differences in soil explain most of the variation in the satellite data-predicted yields; soil nitrogen levels had the most impact. Overall, this study illustrates the power of combining Sentinel-1 and Sentinel-2 imagery, the GEE platform, and advanced classification and yield mapping algorithms to enhance our understanding of smallholder agricultural systems. 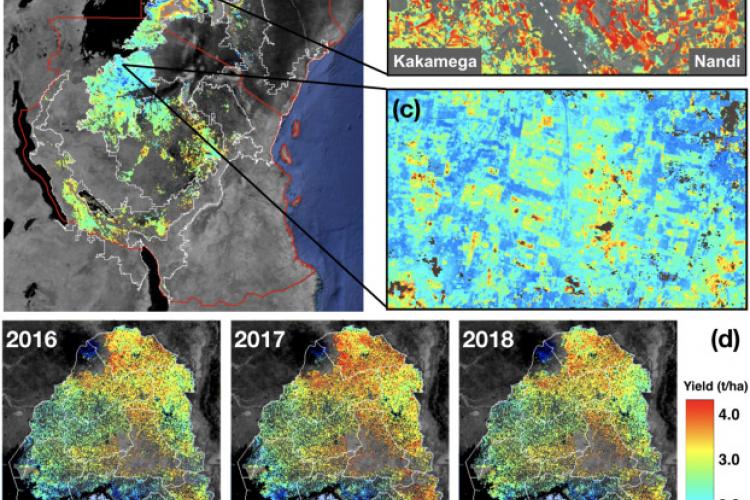 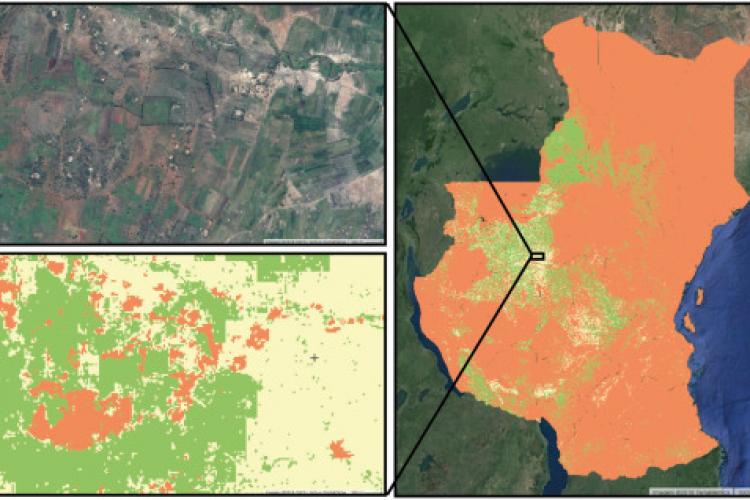 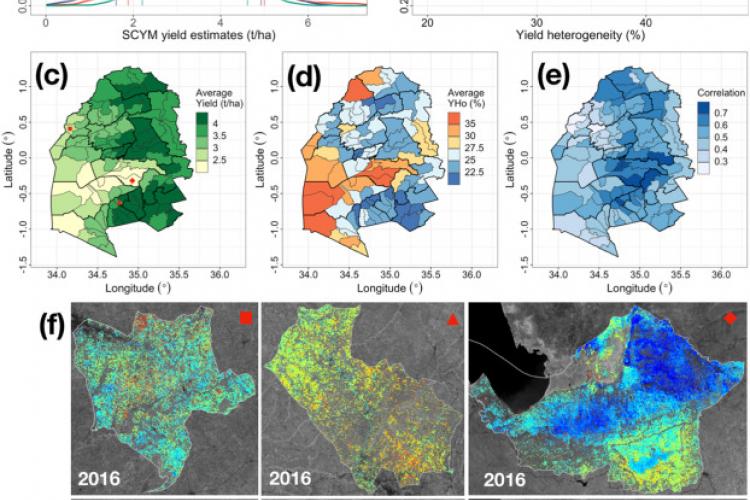