More than three quarters of the people in Madhya Pradesh, the central state of India, depend on agriculture in some form for their livelihoods. During the Kharif (wet) season, they grow mainly soybean, paddy (semiaquatic rice), maize, bajara (pearl millet) and tur (pigeon pea), and in the Rabi (dry) season, wheat, gram (chickpea), mustard, cotton, jowar (sorghum), and vegetables are the principle crops. Meghavi Prashnani, NASA Harvest Researcher and Dr. Chris Justice, NASA Harvest Chief Scientist visited the region last month to meet farmers, tour the fields, and discuss how Earth observations can help them.

Madhya Pradesh has predominately different farming systems with more diverse cropping patterns than the rest of India, which presents challenges for using remote sensing tools to assess crops. Most of the farms in this state are smallholdings (average farm holding size 2 hectares). Farmers help ensure their livelihoods by dividing their fields among a few different crops. This multi-cropping system is also a preventative measure for avoiding complete crop failure through crop disease. While essential for smallholder farmers, multi-cropping makes it difficult to classify crops using satellite data because the farms are smaller and more diverse in terms of crop types and sowing period.

Differences in agro-climatic zones in this state and the ability of farmers to access water via irrigation also creates challenges. Farmers with access to enough water, can grow up to four crops in a year, but those without irrigation facilities cultivate their farms only once a year depending on precipitation. In addition, cropping patterns are diverse not only spatially, but also temporally within a single season, sowing period for a single crop in same season varies largely hence, throwing another challenge for remote sensing based crop classification. Most of the areas in Madhya Pradesh are tribal areas with traditional farming practices, untouched by technology. However, farmers nearer to cities typically have better access to the latest technologies and fertilizers and have adopted modern farming practices.

The region has both rich and poor farmers - rich farmers can afford irrigation, cold storage and other facilities while the poor ones cannot. In tribal areas, some farmer are growing crops on almost infertile land, which is nearly impossible to cultivate because of poor and rocky soil. One farmer the team visited made 3-4 km long water pipes to draw water from a distant river to serve his farm. Another had received several awards for adapting modern farming methods to improve crop yield, for adopting organic farming, and training other farmers in his village. The Harvest team also visited a farmer’s fair sponsored by the government and private companies highlighting the latest technologies available to farmers and revealing how farmers are adapting to change.

Soil fertility and soil depth also vary across the state. Soil texture changes every few kilometers, and farmers get different yields depending on water availability and soil fertility. Massive agricultural expansion has occurred over the past few decades because of river dam and canal construction and government policies, but this expansion has led to ground water depletion as there is a lack of proper planning for crop rotation and water saving. The government needs to take measures to prevent ground water depletion for future food security.

This area produces 65% of India’s soybean crop, but over the past 5 years, soybean production has decreased due to a number of factors including the spread of disease and the requirement for more fertilizer than other crops. Soybean cultivation also decreases the soil fertility, which results in less yield for all subsequent crops in the rotation. Therefore, farmers are now switching to maize and pulses like pigeon pea.

The team noted that some of the government’s policies are truly helpful to farmers. For example, the recently launched Soil Health Card Scheme issues soil cards to farmers, documenting farm- and crop-specific recommendations for nutrient and fertilizer use to help farmers improve productivity through the judicious use of inputs. As part of this scheme, a soil expert analyzes the strengths and weaknesses of a farm’s soil based on lab testing and suggests measures to deal with it. The soil is tested and expert suggestions are provided for every cropping season for different crops.

A scheme or program for crop insurance called “Pradhan Mantri Fasal Bima Yogna” was launched two years ago, which provides income protection to farmers by insuring production and hedging against market risks. Erratic climatic conditions and droughts make the crops prone to both disease and losses; hence, it becomes important to insure the crops. During the visit, the Harvest team noted many green gram fields with heavy losses due to the recent extreme winter. Farmers who took the insurance were able to benefit from the scheme.

The Harvest team also met many farmers who faced loss of their onion crop. There is a bumper onion harvest this year, but the withdrawal of the difference payment scheme resulted in substantial loss to farmers. These farmers may have to throw away their entire onion crop this year because of the lack of access to markets to get even a minimal profit.

Analysis of remote sensing satellite data can help to combat the problem of lack of verification, which is major problem with the implementation of some of the government subsidy schemes. It will help to more accurately compensate farmers' actual losses. Satellite image analysis has been proven to aid crop monitoring, but the small field size and diverse cropping system is a challenge for accurate crop classification using remote sensing. NASA Harvest Researcher Meghavi Prashnani is undertaking research to find the best possible satellite-based crop monitoring methods for smallholdings and diversified farming practices in this important agricultural area. 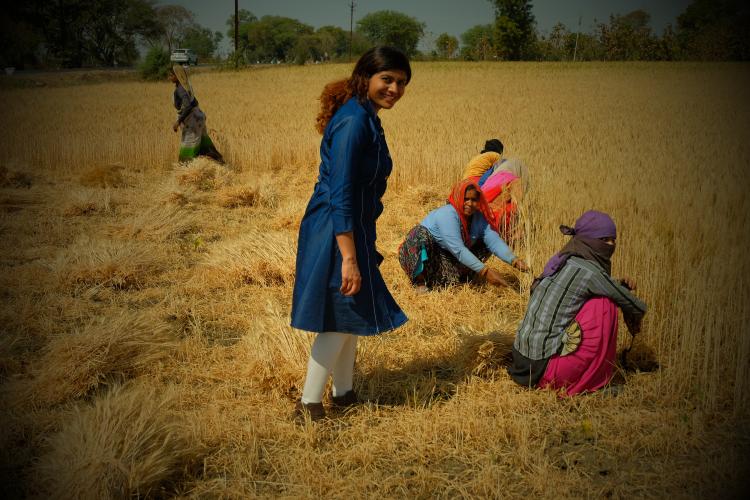 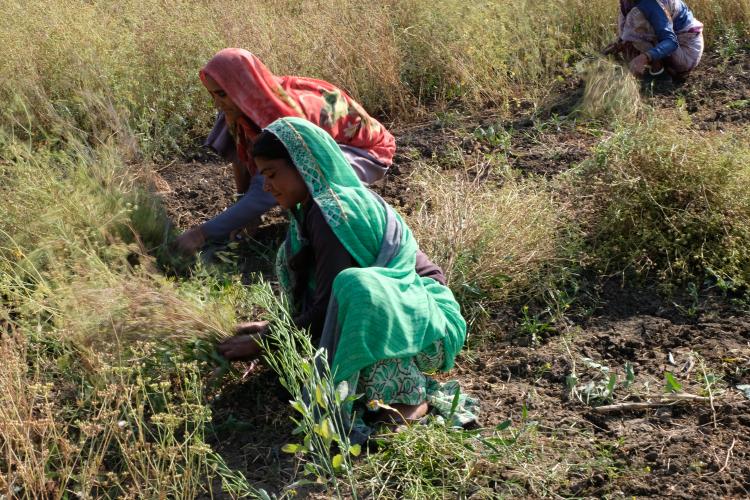 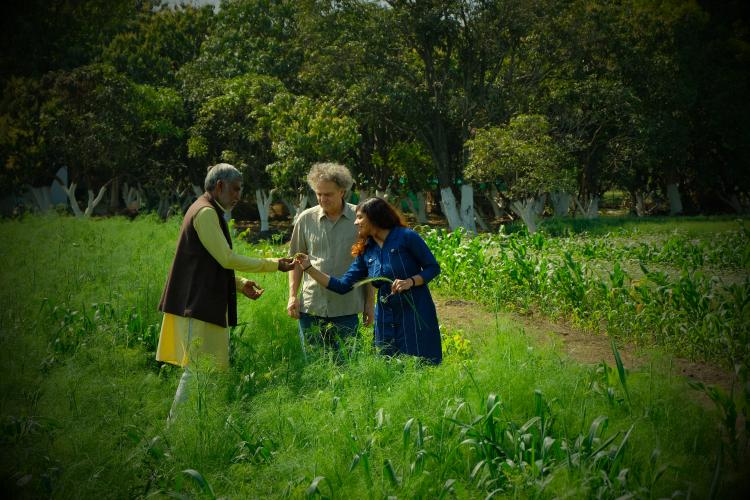 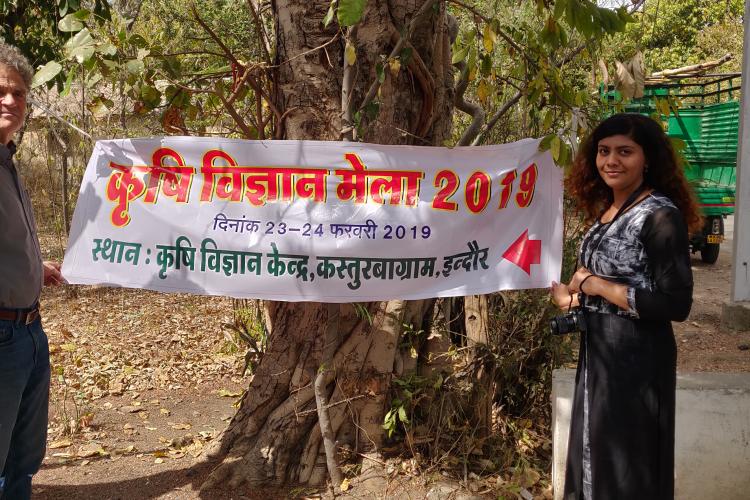