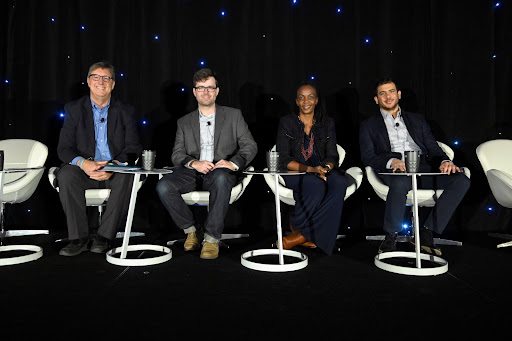 Catherine Nakalembe, the Lead of NASA Harvest’s Africa Program, recently discussed how Earth technology is enabling sustainable agriculture from space at a conference in Las Vegas. Speaking at the American Institute of Aeronautics and Astronautics’s (AIAA) Ascend 2021 conference, Dr. Nakalembe spoke about the knowledge gaps that exist in terms of agricultural intelligence, particularly in food insecure parts of the world, how those gaps harm vulnerable communities, and the work being done to close them. Dr. Nakalembe also shared examples of how NASA Harvest is supporting the application of EO data  to monitor agricultural production and evaluate the effectiveness of sustainability techniques globally. She also got the opportunity to participate in a Diversity, Equity, and Inclusion (DEI) workshop at the conference and speak in an informal setting with students and early career professionals on overcoming barriers in their professional development along with other leaders in the space industry.

Ascend 2021 is an annual conference hosted by AIAA to present technological advances with the potential for space application. Sessions at the conference explore topics like weather monitoring, space habitats and travel, and environmental management. The topics examined at Ascend 2021 align with the AIAA’s (a professional organization focused on the global aerospace profession) mission of improving earth and space flight and shaping off-world development.

Dr. Nakalembe’s panel looked at how space technologies can bolster global food security in the face of climate change and a growing population - improving life on earth and supporting extraterrestrial food production. She was joined by Rei Goffer, the Co-founder of the weather intelligence platform Tomorrow.io and Jake Felser, the CTO of Freight Farms. Freight Farms is creating automated containerized agricultural environments that grow a variety of crops in austere environments. As the Lead of the NASA Harvest Africa Program, Dr. Nakalembe focuses on applications of satellite remote sensing and machine learning that can support agriculture resilience, economic stability, and effective response in the face of disasters like drought. During the panel she discussed how, despite the clear benefits of space-borne EO data for monitoring crop production in food insecure areas of the world, the technology remains largely unavailable to these regions.

“If you look at any map of accessibility of data, there are these black holes on the planet. But then if you flip it [the map] and look at population [density], the black holes turn into bright light. So you find that the majority of the world lives in places where we have no idea what’s going on.

To do things better, we have to know where we stand. If you know your tire pressure is low, then you know you need to pump it up. But if you have no idea how low or high it is, you can’t do that.

Dr. Nakalembe goes on to mention some of the work that NASA Harvest and its partners at the University of California at Santa Barbara’s (UCSB) Climate Hazard Center are doing towards studying the impact of weather and climate fluctuations on agriculture:

"A study from colleagues that [NASA Harvest] works with at UCSB showed that a failure of the start of season rains is a defining factor for a season. And if you could forecast that at the highest accuracy and tell the farmer to wait two weeks to begin planting, that could save the farmer’s entire investment."

The study mentioned, A slow rainy season onset is a reliable harbinger of drought in most food insecure regions in Sub-Saharan Africa, was published in early 2021 and found significant correlation between the delay of the rainy season and the risk of agricultural drought. The study actually found that the relationship is so strong that a 10 day delay in the rainy season can double the chance of agricultural drought. Knowing these sorts of relationships is vital in better understanding potential climate feedback, but is only possible by analyzing dense time stacks of data. As Dr. Nakalembe points out though, this data often doesn’t exist for many parts of the world. One of NASA Harvest’s objectives is to increase this data availability through partnerships and new method development as well as share it through easily accessed resources.

One form of resources that NASA Harvest is helping distribute are monthly, national-scale crop monitors. As Lead of NASA Harvest’s Africa Program, Dr. Nakalembe has coordinated with various governments in East Africa to assist in the development of these reporting systems for Kenya, Uganda, Rwanda, and Tanzania. This experience working with scientists from a variety of backgrounds has only served to reinforce her belief in the importance of diversity and inclusion in the field of remote sensing and geosciences as a whole. During ASCEND 2021, Dr. Nakalembe had the chance to meet with college students and young career professionals from a variety of backgrounds during the Conference’s DEI workshop. 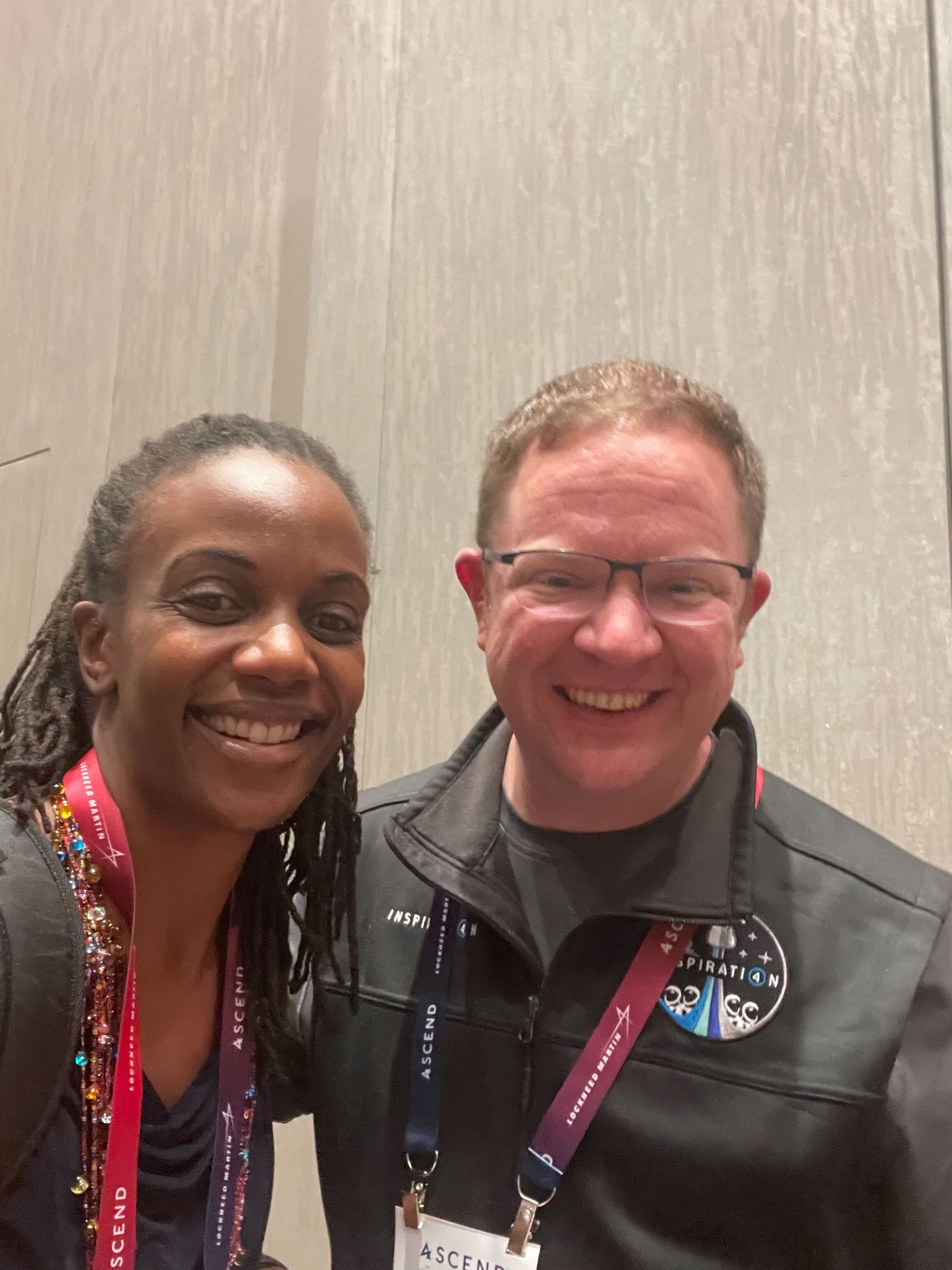 “I was impressed by the AIAA Ascend meeting, the thing that most surprised me is how inclusive the conversations particularly on the main stage were. Every single session had so much to give and so much to learn from leaders in the field. But being a part of the DEI panel I was blown away by the scholars and they - myself included - truly appreciated a sit down with these leaders in the field. For many scholars in the early stages of their career, the opportunity to speak with people who are so experienced can be life changing. The best innovations are yet to come and for the AIAA DEI scholars the sky is truly not the limit.”