Published this month in Nature Food by NASA Harvest partners at Stanford University, “Changes in the drought sensitivity of US maize yields” explores the impacts of climate change on drought frequency and maize production in key agricultural areas throughout the United States. The research conducted by David Lobell, Jill Deines, and Stefania Di Tommaso seeks to analyze several strategies that detect changes in drought sensitivity and to apply these methodologies to domestic maize production. They find that current yield gain strategies for maize are most effective in the most ideal weather conditions, causing commonplace crop adaptation methods to be sensitive to worsening drought conditions.

Climate change continues to drive substantial increases in drought conditions. If an adaptation strategy is to be effective at reducing the impacts of a changing climate, it is critical that farmers adapt their crop technologies and farming practices, and that these changes effectively reduce sensitivity to increasing weather risks. It is well-established that higher daytime temperatures (above 30℃) lead to increased water consumption for crops, and by extension decreased yields if there is not enough soil water available. The authors note that there has been an increase in average yield-sensitivity-to-water-storage of 55% since 1999 across the critical maize-producing U.S. Corn Belt. 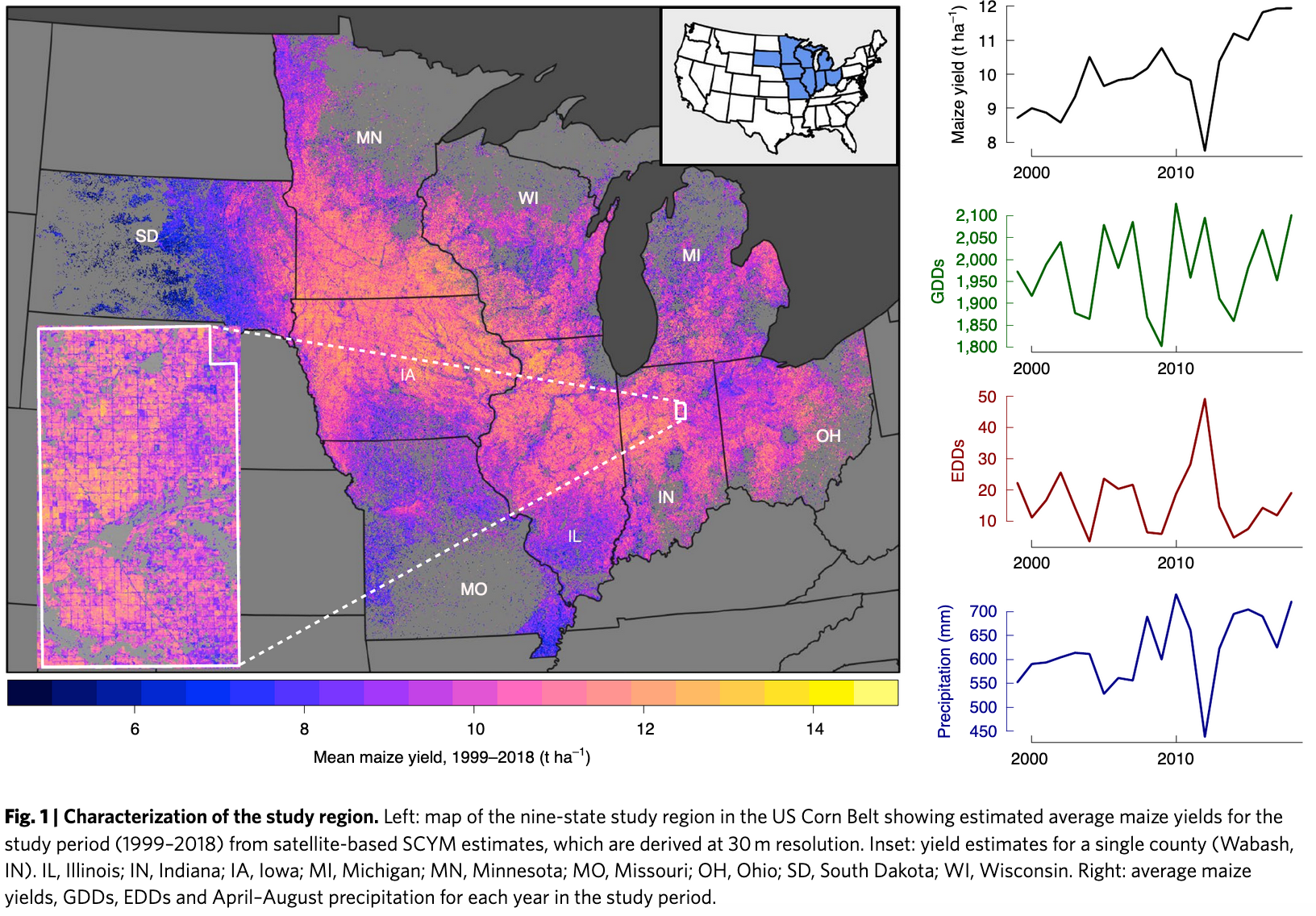 Despite this fact, maize yields have thus far continued to increase annually -- but what is worrisome is that the financial cost of offsetting the drought impacts on yields has also increased. The research results draw particular attention to the difficulty of raising average yields while also lowering drought sensitivity in the face of a changing climate. In this study, the team compares insights from two different data-backed approaches over the last 20 years in nine key Corn Belt states that produce a majority of the national U.S. maize supply. The first relies on temporal variability in drought conditions, which arises solely from weather variations. The second relies on sub-county spatial variability which is driven by a combination of differences in weather and soil plant-available water storage (PAWS). Findings show that relying on weather anomalies alone is insufficient to detect changes in yield sensitivity, and thus it is critical to also evaluate soil moisture for the full picture of drought sensitivity changes in maize crops. 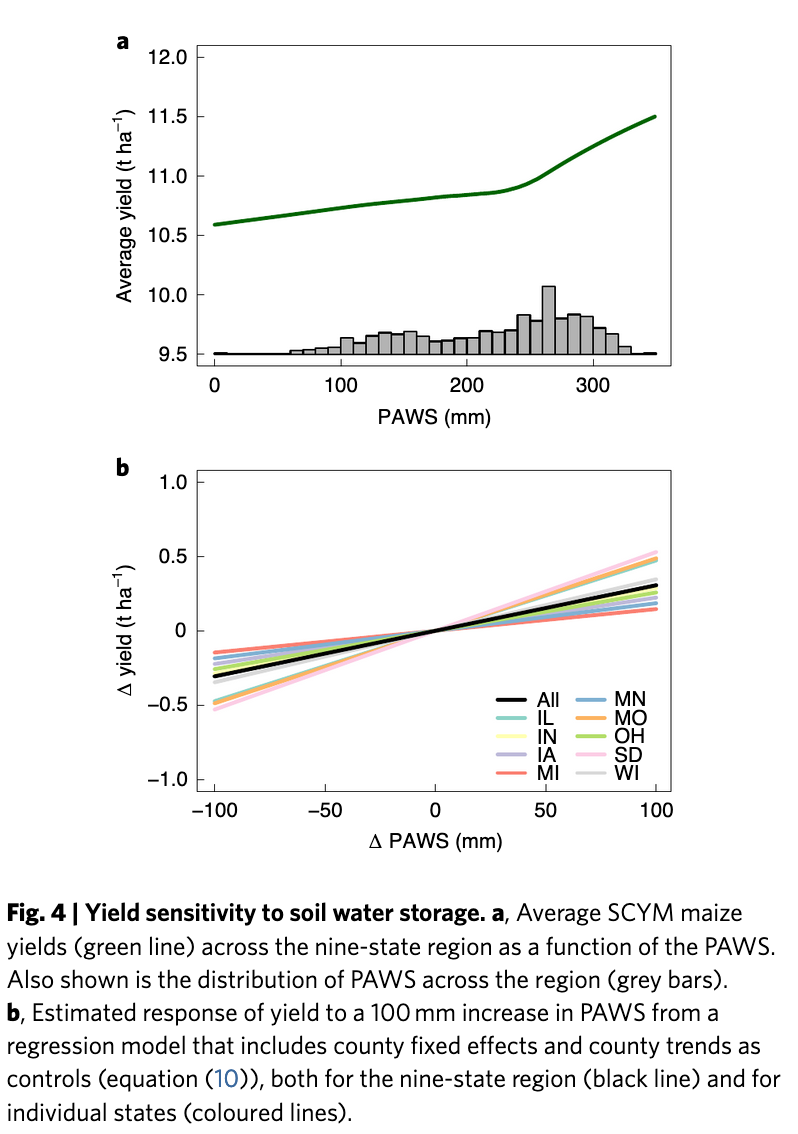 While maize varieties have been altered over time in a push towards more drought-resistant crops, many other factors have also changed, including the density with which farmers plant seeds. The net result of all changes appears to be an increased yield loss when environmental factors and soil water storage are limited The team suggests that better research community access to field-level yield data (measured independently of weather data) and coordinated field experiments would enable a better understanding of how climate impacts are evolving over time. “Until then, the balance of evidence indicates that even with substantial progress in breeding, maize yields continue to be limited by water stress as much as at any time in the recent past, and perhaps more.”

For in-depth details about this work, visit the Stanford Food Security Blog and read the full publication in Nature Food.